Good Morning everyone, it’s Liza, the Owner of The Wandering Path. I didn’t have as many shoppers this weekend as I had hoped but I still am holding onto the possibilities that things will continue to get better.

As I am in Northern Florida, I have been monitoring the “snow falls” and hoping that maybe they can dip south enough (into Alabama or Georgia); close enough for a day trip to just go “see” it…yes, I would drive many hours just to go stand in some falling snow lol. By now, you all know I’m weird….so this should not surprise you.

Remember to enjoy this time of year.

Don’t get stressed over the gatherings, the “did I get the right gift” etc…but feel the magick that is in the air. You never know what the end of the year will bring or what wish you have asked for…be granted. Breathe through the relatives and some of their issues, be thankful for what you have, and search for the smiles, the laughter and always induce some of your own.

Be silly and let your inner child follow Santa’s flight and the joy you can feel at seeing the dawn on Christmas Day. 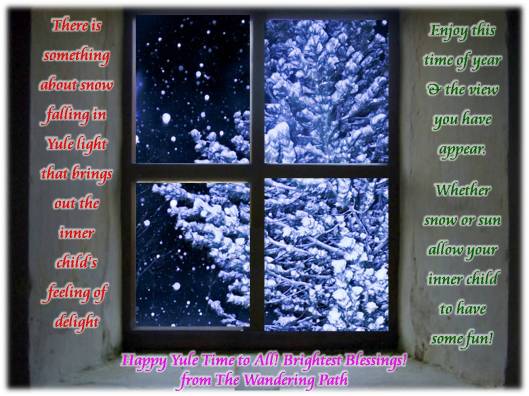 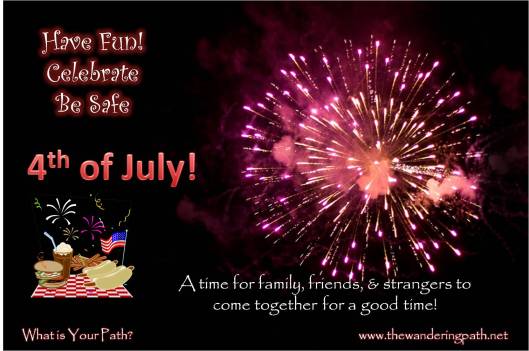 Posted by thewanderingpathllc | Filed under Why we do...

Good Morning all. We are in a partial tech-free impromptu holiday. The Owner’s cell phone quit getting service and she is now on day 4 and it turns out only one tower is working in the area.

She is a self-professed semi-geek but every few years she takes a “tech-free” holiday to remind herself how life is without computers, cell phones, etc… and this partial tech-free holiday is a tad frustrating because it was unplanned and she monitors quite a bit from her phone.

She is healing well in case you were concerned, just tired. We hope you like the choices of dresses that are up for the Vote-a-thon and remember to just let us know if you or someone you know wants one before we place the first test order.

We’ve got a busy week ahead; inventory update; taxes for the quarter; and get the webstore re-arrangement & update.

We hope your week has started well and wish us luck that July gets us some sales (June was a bust…ugh).

As we all contemplated our lives without the cells and computers (streaming TV) we put together a reminder that technology is here to enhance your life and shouldn’t rule it.

Establish those connections to actual people…in person not just online. The touch and voice of another human being is very healing and inspiring. Let their energy be felt by yours, you both deserve it.

Good Day everyone. Today we thought we’d hit on the need for small gestures.

We were talking the other day about the small things that people do for one another that can have the largest impact.

It’s nothing expensive or elaborate that stuck in anyone’s mind.

The owner, when asked what her “best gift” she ever received was that got us thinking about our own “small gestures” that really impact us.

She said that the best gift she ever received was a bag of sugar.

Her boyfriend at the time, had woken up before her, and was getting ready for the day. He noticed there was no sugar for the coffee. He drank his black, so the concern for sugar usage was purely because she used it in hers. As she made her way to the kitchen she noticed that he was heading out the door. It was around 4 am, so naturally she asked where he was going. He simply replied “there is no sugar for your coffee, I’ll be right back.” He had wanted to get it before she had woken up and even though she had, he was still going to get that sugar, without any further explanation.

She found that to be the best gift because he had noticed something that she would need and without hesitation went to fulfill it.

Sometimes the smallest of gestures can stay with a person. That run for a bag of sugar in the early morning occurred over 18 years ago, but it still remains in her memory as does the times where a friend sat with you during a crisis, made you laugh during heartbreaks, gave you that impromptu hug when you didn’t realize you needed it the most.

Look around you, at the people that surround you…what small gestures have they done for you, or you for them…sometimes making a persons day brighter involves a very simple thing that doesn’t cost you much of anything.

Listen to them, notice if they need that ear to hear….hold their hand without provocation, establish that connection….simple gestures, and knowing another person is thinking of you can reduce the “weight of the world” at that moment in time.

Brightest Blessings to you all.